Interviews
Home›Featured-Blogs›Interviews›Q&A with local comedian Kelsie Huff about her dysfunctional family, Chicago squirrels and the energy at Zanies

Q&A with local comedian Kelsie Huff about her dysfunctional family, Chicago squirrels and the energy at Zanies

A self-proclaimed lover of Cheese Whiz and frosting (but then, who isn’t?), comedian Kelsie Huff is definitely all-Chicago. A graduate of Columbia College, she studied comedy at iO, Second City and The Annoyance Theatre, has created her own shows and is a regular performer at nearby Zanies, as well as various comedy and fringe festivals around the country. She’s also a frequent guest on ABC’s Windy City LIVE and WGN radio. Huff sat down with The Real Park Ridge to discuss her dysfunctional family, Chicago squirrels and the energy at Zanies.

A: That first major snowfall we are (mostly) kind to each other and help strangers. It only lasts about a day, but it’s a good day. Then that first week of summer, we all come out of our crusty caves and feel ALIVE! I also love that there are so many options for comedy, food and things to do. I just dig this town!

Q: What are your favorite spots to hit in Chicago or the burbs for dinner or drinks?

A: I dig Gather in Chicago’s Lincoln Square, and next door they have a sister restaurant called Warbler. That’s if I am feeling fancy. If I am honest, after shows I usually swing by joints like Turbo Tacos.

Q: One of your shows details the dysfunctional family you had growing up. What’s one story about your family that would give us an idea of what you’ve had to deal with?

A: I have a fun story of how my dad beat up Santa. I think that sums it up pretty well.

Q: What inspired you to jump into comedy out of college?

A: I did that thing that most comedians in Chicago do — I went to the Second City Conservatory and took a ton of classes and worked a couple of jobs to pay for classes. Then I met Amy Sumpter, and we started doing a two-person sketch show called Children of the Absurd — and then shows just kept snowballing. And because Chicago is such a clown town, I just tried my hand at a bunch of different comedy formats, producing, booking shows, film. I don’t know that I jumped in so much as I was just always doing it and never really thought about stopping.

I always love that moment right before you start any live show. … The unknown. The potential to really connect or really biff it. That moment, that fear, I have grown to love that moment.

Q: Who are the two funniest people in your world?

A: My sister and my mom crack me up. Loads of funny women in my family. My husband Jason is a great straight man. He’s funny but really quiet and slick about it. There is also this squirrel in my neighborhood who loves dragging slices of pizza up trees. She’s pretty amazing.

Q: Describe the feeling of being on stage at Zanies in front of a packed house. A: I always love that moment right before you start any live show. You don’t know how the audience is going to react, who they are, what’s going to work. The unknown. The potential to really connect or really biff it. That moment, that fear, I have grown to love that moment.

Q: You’ve discussed the absurdity of the female body image in your shows. It’s a much-talked about topic, but is anything changing?

A: I think it has changed. I think comedians who find themselves as “other” are shifting who is the butt of the joke. Taking power of our own voices and controlling the punchlines. I think women, people of color, immigrants, LGBTQ+ community, non-binary folks, differently abled individuals have all taken their struggles and have used humor in a way that can be inclusive and powerful and not punching down. Using humor to address identity, that’s pretty amazing. I think humans are always evolving and art is always evolving, and art includes stand-up comedy and sophisticated fart jokes. That’s the goal!

Q: Finish this sentence: Life as a comedian can be…

A: Isolating, but if you find your fellow weirdos, it’s worth it.

Follow Kelsie’s projects at KelsieHuff.com and see who’s on stage at Zanies in Rosemont’s Parkway Bank Park at Zanies.com 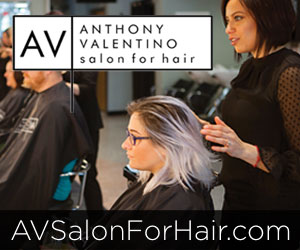 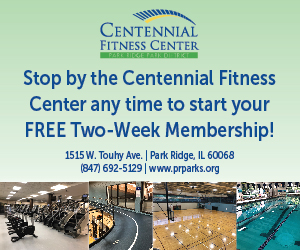 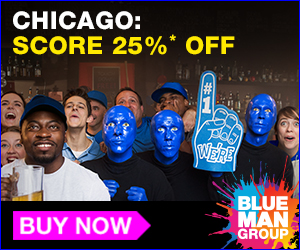